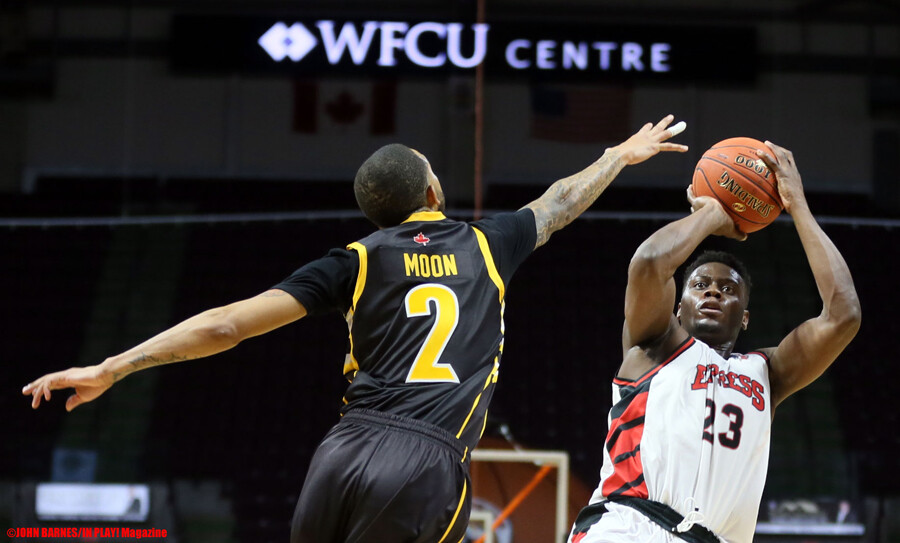 #23 Kemy Osse of the Windsor Express. Photo by John Barnes - In Play! magazine

The National Basketball League of Canada has announced that Billy White of the Moncton Magic has been named Player of the Week for the week ending February 23, 2020.

This is the second time this year that White has earned this honour. White, a 6’8″ forward who played collegiately at San Diego State, averaged 34.0 points in two Moncton victories. He also set a personal and team record with a 52-point game on Sunday, February 23 against Halifax, the fourth-highest point total ever achieved in NBL Canada regular season game history.

The National Basketball League of Canada also announced that Kemy Osse of the Windsor Express has been named Canadian Player of the Week for the week ending February 23, 2020.

Osse, a 6’1″ point guard from Montreal who played collegiately at Arkansas-Little Rock, averaged a double-double of 14.3 ppg and 10.0 rpg, helping the Express win two of three games this week and stay in the NBL’s Central Division playoff hunt.