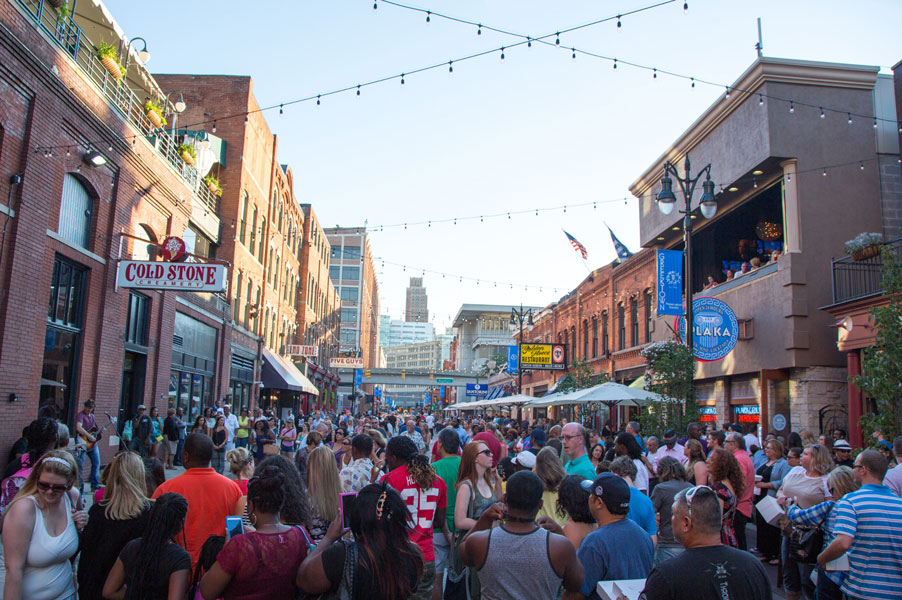 Start your engines… and your summer! The Greektown Preservation Society welcomes the Chevrolet Detroit Belle Isle Grand Prix to help launch an exciting weekend and a summer of Detroit-style fun. On Thursday, June 2, the second annual Greektown at Sundown and the 2016 Grand Prix will both wave the green flag in the city’s historic Greektown entertainment district.

Beginning at 5:00 p.m., Monroe Street between Beaubien and St. Antoine streets will be closed to vehicle traffic and transform into a walkable plaza for visitors and racing fans. Participants will be able to enjoy an array of activities, including strolling performers, live entertainment and Grand Prix-related interactive fun featuring elements of the Continental Tire Fan Zone, the Grand Prix IndyCar, a Trans Am Series race car and appearances by some of the top race car drivers in the world, who will be competing that weekend on Belle Isle.

“We are excited to celebrate the return of Greektown’s summer weekend event series and the return of racing to Detroit,” said Tasso Teftsis, president of the Greektown Preservation Society and co-owner of Astoria Pastry Shop, Redsmoke Barbeque and Krema. “We would like to thank Greektown Casino-Hotel for their continued support of Greektown at Sundown, helping us to bring increased visitors and revenue to Detroit and to Greektown.”

From 5:30 to 6:30 p.m. racing fans will have the chance to meet and mingle with drivers competing in each of the four series taking place during the Grand Prix weekend. The following drivers will be available to take photos and sign autographs: