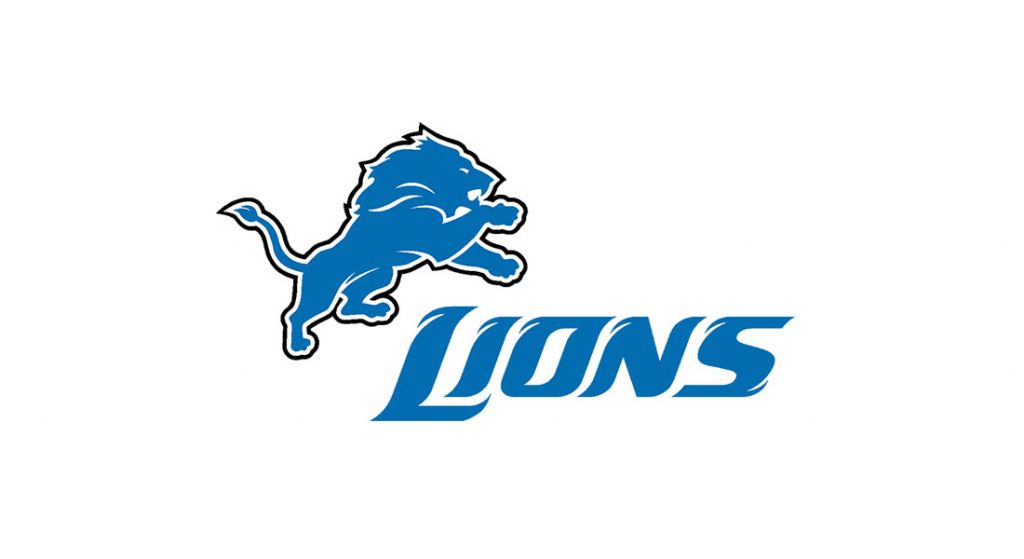 The following is from the Detroit Lions’ 27-27 tie with the Arizona Cardinals at State Farm Stadium on Sunday, Sept. 8, 2019.

TEAM NOTES
The Lions…
– Recorded their first tie since doing so on Nov. 4, 1984 vs. Philadelphia.
– Tallied 11 pass defenses, tied for their most in a game since having 12 pass defenses against Atlanta on Nov. 12, 2000. This mark ties for the seventh-most pass defenses in a single game in franchise history.
– Recorded at least 1.0 sack for the 21st-straight game, tying the sixth-longest streak in franchise history.
– Logged eight pass defenses in the first half, trailing only the 10 PDs they had in the first half against Green Bay on Sept. 28, 1997 for the most in franchise history.
– Had four players log at least two pass defenses in the same game for the first time since doing so on Sept. 29, 2002 against New Orleans.
– Allowed only 58 yards in the first half, their fewest since allowing 43 yards against the Packers on Nov. 28, 2013.
– Totaled five sacks, their most in a Week 1 game since totaling five vs. Seattle on Sept. 10, 2006. This marks the most sacks the Cardinals have allowed in a Week 1 game since surrendering five to the Rams in Week 1 of the 1986 season.
– Had linebackers combine for 5.0 sacks.
– Had a 95-yard touchdown drive, their longest touchdown drive since completing a 95-yard touchdown drive vs. Chicago on Nov. 27, 2014. It marked their longest touchdown drive in a Week 1 game.
– Had two players top 100 receiving yards and a touchdown in the same game for the first time since WRs Calvin Johnson and Lance Moore did so on Oct. 18, 2015.
– Logged 477 net yards, the third-most yards in a Week 1 game in team history.

INDIVIDUAL NOTES
WR DANNY AMENDOLA
– Finished with seven receptions for 104 yards (14.9 avg.) and one touchdown.
– Set a career-long with a 47-yard touchdown.
– Produced his ninth-career 100-yard game.
– Produced his third-career game with 100 yards and a touchdown.
WR KENNY GOLLADAY
– Caught four passes for 42 yards (10.5 avg.) and one touchdown.
DT DAMON HARRISON SR.
– Finished with one tackle and two pass defenses.
– Set a career-high with two pass defenses on the day.
TE T.J. HOCKENSON
– Finished with six receptions for 131 yards (21.8 avg.) and one touchdown.
– His 131 receiving yards set an NFL record for most receiving yards by a tight end in his NFL debut.
– Finished with the second-most receiving yards by a player making his NFL debut in Lions history, trailing only WR Earl McCullouch, who had 132 yards in his debut at Dallas on Sept. 15, 1968.
– His 131 receiving yards mark the most by an NFL player in his debut since Broncos WR Eddie Royal had 146 yards in Week 1 of the 2008 season.
– His 131 receiving yards mark the fourth-highest total by a tight end in Lions history and most since TE Charlie Sanders had 146 yards against Green Bay on Oct. 27, 1974.
RB KERRYON JOHNSON
– Finished with 49 rushing yards and 13 receiving yards to produce 62 yards from scrimmage, his ninth game with at least 50 scrimmage yards in 11 career games.
– Joined RB Mel Farr and RB Billy Sims as the only players in team history to record at least 650 rushing yards and 225 receiving yards through 11 career games.
LB CHRISTIAN JONES
– Finished with five tackles (five solo), 1.0 sacks and two pass defenses. His two pass defenses marked a single-game career high.
– Became the third player, and second linebacker, in team history to record at least five tackles, 1.0 sack and two pass defenses in the same game, joining CB Dre’ Bly (Sept. 21, 2003) and LB Julian Peterson (Oct. 10, 2010).
LB DEVON KENNARD
– Finished with four tackles (all solo) and 3.0 sacks.
– His 3.0 sacks set a single-game career high.
– Notched his second multi-sack game as a Lion and fourth of his career.
– Became the first linebacker in franchise history to notch 3.0 sacks in the first half of a game. The last Lions player to ever record 3.0 sacks in the first half of a game was DE Tracy Scroggins on Nov. 23, 1997. He also becomes one-of-three Lions players to ever record 3.0 sacks before halftime.
– Became the first Lions player to record 3.0 sacks in a game since DE Ezekiel Ansah did so vs. Green Bay on Dec. 31, 2017.
– His 3.0 sacks tie for the second-most a linebacker has produced in a single game in franchise history, trailing only LB Mike Cofer, who notched 3.5 sacks against the Bears on Nov. 22, 1987.
CB RASHAAN MELVIN
– Finished with eight tackles (all solo) and three pass defenses.
– Notched his fourth-career game with three-or-more pass defenses.
– Became the fourth player in franchise history to have a game with at least eight solo tackles and three pass defenses and first cornerback to do so since CB Todd Lyght against the Cardinals on Dec. 8, 2002.
LS DON MUHLBACH
– Officially appeared in his 16th season with the team by playing today at Arizona, passing LB Wayne Walker (15) for the second-most seasons played in team history. Only K Jason Hanson (21 seasons) has played more.
K MATT PRATER
– Finished 2-of-2 on field goals and 3-of-3 on extra points to produce nine points scored.
– Connected on a 55-yard field goal, his longest since converting a 57-yard field goal vs. Atlanta on Sept. 24, 2017.
– Has now connected on 47 career field goals from 50-plus yards, the third-most in NFL history. His 75.8 percent conversion rate from 50-plus yards ranks second in NFL history.
– Passed K Jim Breech (1,246) for the 38th-most points scored in NFL history.
QB MATTHEW STAFFORD
– Finished 27-of-45 for 385 yards, three touchdowns, no interceptions and a 110.0 passer rating.
– Produced his 19th game with 300 yards and three touchdowns, tied for the 13th-most in NFL history.
– Topped the 300-yard mark for the 43rd time in 142 career games, tied with QB Dan Marino for the fifth-most in NFL history.
– Now has 38,911 passing yards through 142 career games, the most in NFL history.
– Passed QB Brett Favre (38,627) for the seventh-most passing yards through a player’s first 11 seasons in NFL history.
– Notched his 15th game with three passing touchdowns and zero interceptions since entering the NFL in 2009, tied for the 10th-most in the League over that span.
– Threw for the most yards he’s had in a game since throwing for 423 vs. Pittsburgh on Oct. 29, 2017.
LB JAHLANI TAVAI
– Finished with three tackles (all solo) and 1.0 sack in his NFL debut.
– Became the fifth player in franchise history to log a sack in his NFL debut, and the first linebacker to do so since 1987. The most recent Lion to notch a sack in his first game was Ndamukong Suh in 2010.
DB TRACY WALKER
– Led the team with nine tackles (all solo), one tackle for loss and one interception.
– Became one-of-six players in team history to have at least nine tackles, two pass defenses and an interception in the same game since 1999.
– Became one-of-six safeties in Lions history to produce at least 25 tackles and two interceptions in his first two seasons.

LIONS HEAD COACH MATT PATRICIA QUOTE SHEET Opening statement: “So obviously not the way we wanted the game to end. I think overall, we’ve got to finish the game better. We’ve got to coach it better at the end, we’ve got to play it better at the end, we’ve got to go out and try to find a way to win. I think our guys played hard, they played tough. We understand that it’s a mental game here. We’ve got to be able to fulfill the entirety of it. I think we went out and we tried to execute, we tried to win, but it just wasn’t good enough. Too many mistakes to overcome there, especially at the end. Can’t have the turnovers, can’t have the penalties. For us we’ve just got to close out better, and it’s got to start with me. We’ve got to coach better from that aspect in order to finish, so obviously very disappointed. I think our guys played hard though, they tried. It’s a tough trip to come out to Arizona and play but we’ve got to find a way to win in the end.”